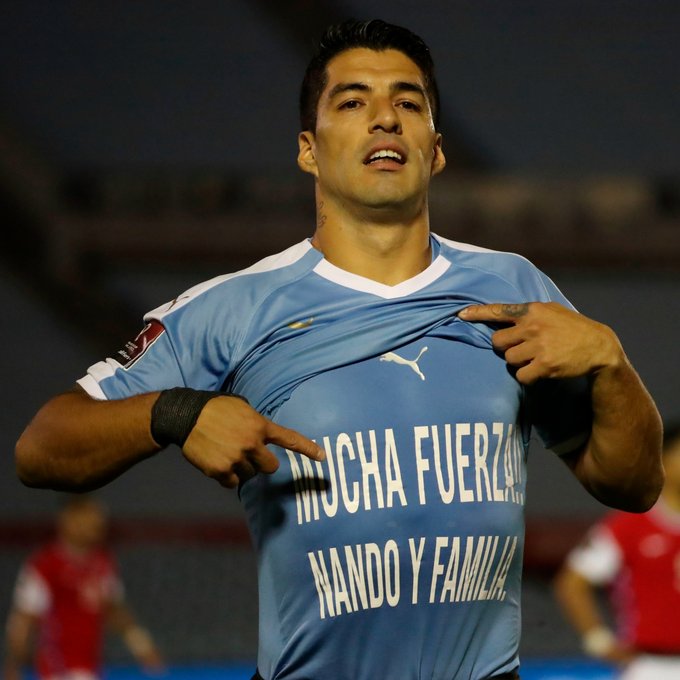 After the goal, Suarez opened his jersey to reveal his T-shirt, with words of blessing to Uruguayan goalkeeper Muslera, whose mother had just passed away and he was injured at the end of the season.